The successor to the MiG-15, the MiG-17 was designed to be a more stable aircraft. Its wings are swept back to 45 degrees, it has three wing fences on each wing instead of the MiG-15's two, and it has a more angular tail. It’s the first Soviet fighter jet engine to be fitted with an afterburner.  It served as the premier fighter jet for the Soviet Union during the cold war and was later flown by the North Vietnamese against the American military forces during the Vietnam War.  From 1952-1958 more than 6,000 were produced.

Our MiG-17 is the latest aircraft donated to the museum, and was built in Poland in 1959

The MiG-15bis (the Chinese variant) was first encountered in dogfights by the West during the Korean War.  The fast, highly maneuverable, and cannon-armed MiG-15 was a shock for American fighter pilots who were then flying the straight-winged Republic F-84G and Lockheed F-80C Shooting Star fighters. 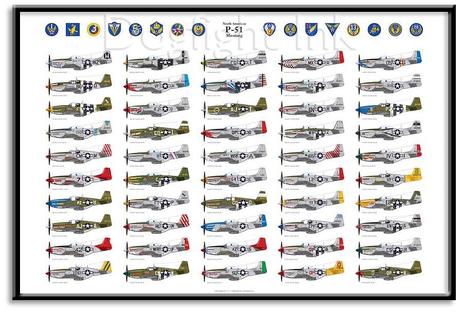 The museum frequently has a visiting P-51. Call ahead if you really want to see this plane to ensure it is at the museum. The North American Aviation P-51 Mustang was an American long-range, single-seat fighter and fighter-bomber used during World War II, the Korean War and other conflicts.

Produced from 1958 - 1967, the BAC Jet Provost was a British jet-powered trainer for the Royal Air Force from 1955 - 1993. With a top speed of 440 mph, excellent maneuverability and excellent mechanical reliability, the jet provost was used as an aerobatic aircraft, an air-warfare and tactical weapons training platform, as well as an advanced trainer.
Our Jet Provost was produced in 1965 and is currently in flying condition.

There is a great video on youtube of the old UTI flying with the Jet Provost. Warbirds leave old St George airport.

The museum frequently has a visiting T-33. Call ahead if you really want to see this plane to ensure it is at the museum. The Lockheed T-33 Shooting Star (or T-Bird) is an American jet trainer aircraft. It was produced by Lockheed and made its first flight in 1948 piloted by Tony LeVier. The T-33 was developed from the Lockheed P-80/F-80 starting as TP-80C/TF-80C in development, then designated T-33A. It was used by the U.S. Navy initially asTO-2 then TV-2, and after 1962, T-33B. Despite its vintage the T-33 remains in service worldwide.

The Northrop F-5A and F-5B Freedom Fighter and the F-5E and F-5F Tiger II are part of a supersonic light fighter family, initially designed in the late 1950s by Northrop Corporation. Being smaller and simpler than contemporaries such as the McDonnell Douglas F-4 Phantom II, the F-5 cost less to both procure and operate, making it a popular export aircraft. The F-5 started life as a privately funded light fighter program by Northrop in the 1950s. The design team wrapped a small, highly aerodynamic fighter around two compact and high-thrust General Electric J85 engines, focusing on performance and low cost of maintenance. Though primarily designed for the day air superiority role, the aircraft is also a capable ground-attack platform. The F-5A entered service in the early 1960s. During the Cold War, over 800 were produced through 1972 for U.S. allies. Though the USAF had no acknowledged need for a light fighter, it did procure roughly 1,200 Northrop T-38 Talon trainer aircraft, which were directly based on the F-5A.

After winning the International Fighter Aircraft competition in 1970, a program aimed at providing effective low-cost fighters to American allies, Northrop introduced the second-generation F-5E Tiger II in 1972. This upgrade included more powerful engines, higher fuel capacity, greater wing area and improved leading edge extensions for a better turn rate, optional air-to-air refueling, and improved avionics including air-to-air radar. Primarily used by American allies, it remains in US service to support training exercises. It has served in a wide array of roles, being able to perform both air and ground attack duties; the type was used extensively in the Vietnam War. A total of 1,400 Tiger IIs were built before production ended in 1987. More than 3,800 F-5 and the closely related T-38 advanced trainer aircraft were produced in Hawthorne, California.[5] The F-5N/F variants are in service with the United States Navy and United States Marine Corps as an adversary trainer.[6] Approximately 500 aircraft are in service as of 2014.

The F-5 was also developed into a dedicated reconnaissance version, the RF-5 Tigereye. The F-5 also served as a starting point for a series of design studies which resulted in the Northrop YF-17 and the F/A-18 navalized fighter aircraft. The Northrop F-20 Tigershark was an advanced variant to succeed the F-5E which was ultimately canceled when export customers did not emerge.

The museum has a static F5-B on display. The image above is of an operational F5-B. 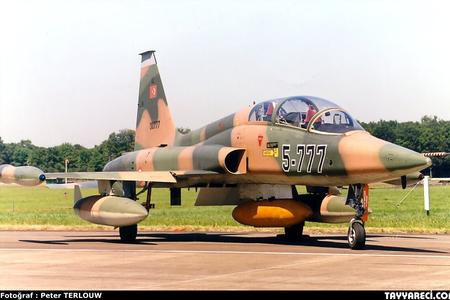 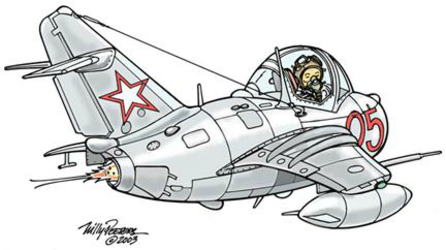 The Red and silver UTI is our new UTI. It replaced the other silver UTI that you will also see some images of.

First seeing service in 1949 the MiG-15 was one of the finest swept wing fighter jets developed by the Soviet Union. It was the primary fighter jet of the North Korean/Chinese forces in the Korean War. The Soviet fighter jet could outperform the Allied F-86 Sabre but the communist pilots were not as well trained and experienced as the allied pilots.  This combination of aircraft and pilots would provide some of the most extraordinary air-to-air combat dogfights in the skies over North Korea in an area known as "MiG Alley."

This single-seat aircraft would soon emerge during the Korean War conflict as the Russian MiG-15 fighter—an aircraft that was significantly more capable than the early versions of US jet aircraft initially used in Korea.

There are two great videos on youtube of the old UTI flying and the Jet Provost. Warbirds leave old St George airport and MIG over St George UT 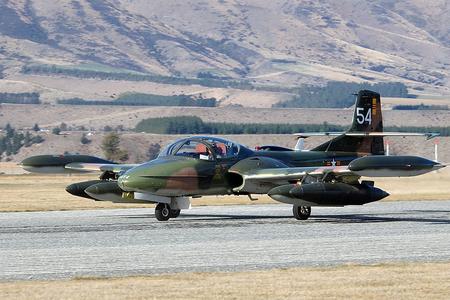 The Northrop T-38 Talon is a two-seat, twinjet supersonic jet trainer. It was the world's first supersonic trainer and is also the most produced. The T-38 remains in service as of 2017 in several air forces.

The United States Air Force (USAF) operates the most T-38s. In addition to training USAF pilots, the T-38 is used by NASA. The U.S. Naval Test Pilot School is the principal US Navy operator (other T-38s were previously used as USN aggressor aircraft until replaced by the similar Northrop F-5 Tiger II). Pilots of other NATO nations fly the T-38 in joint training programs with USAF pilots.

As of 2017, the T-38 has been in service for over 50 years with its original operator, the United States Air Force.

The museum has a static T-38 Talon on display. The image above is of an operational T-38 Talon.

Donating an aircraft or other memorabilia

The Cessna T-37 Tweet (designated Model 318 by Cessna) is a small, economical twin-engined jet trainer and attack aircraft type which flew for decades as a primary trainer for the United States Air Force (USAF) and in the air forces of several other nations. The A-37 Dragonfly variant served in the light attack role during the Vietnam War and continues to serve in the air forces of several South American nations.[1][2]

The T-37 served as the U.S. Air Force's primary pilot training vehicle for over 52 years after its first flight. After completing Primary in the Tweet, students moved on to other advanced Air Force, Navy, Marine Corps or Allied trainers. With a total of 1,269 Cessna T-37s built, the USAF retired its last T-37 in 2009.

The museum has an operational Cessna T-37 Tweet on display. 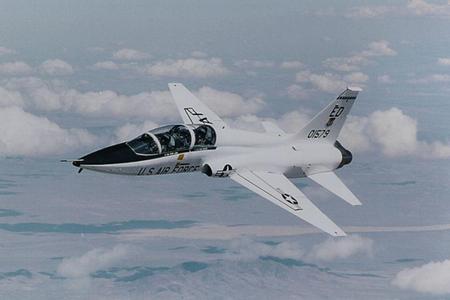